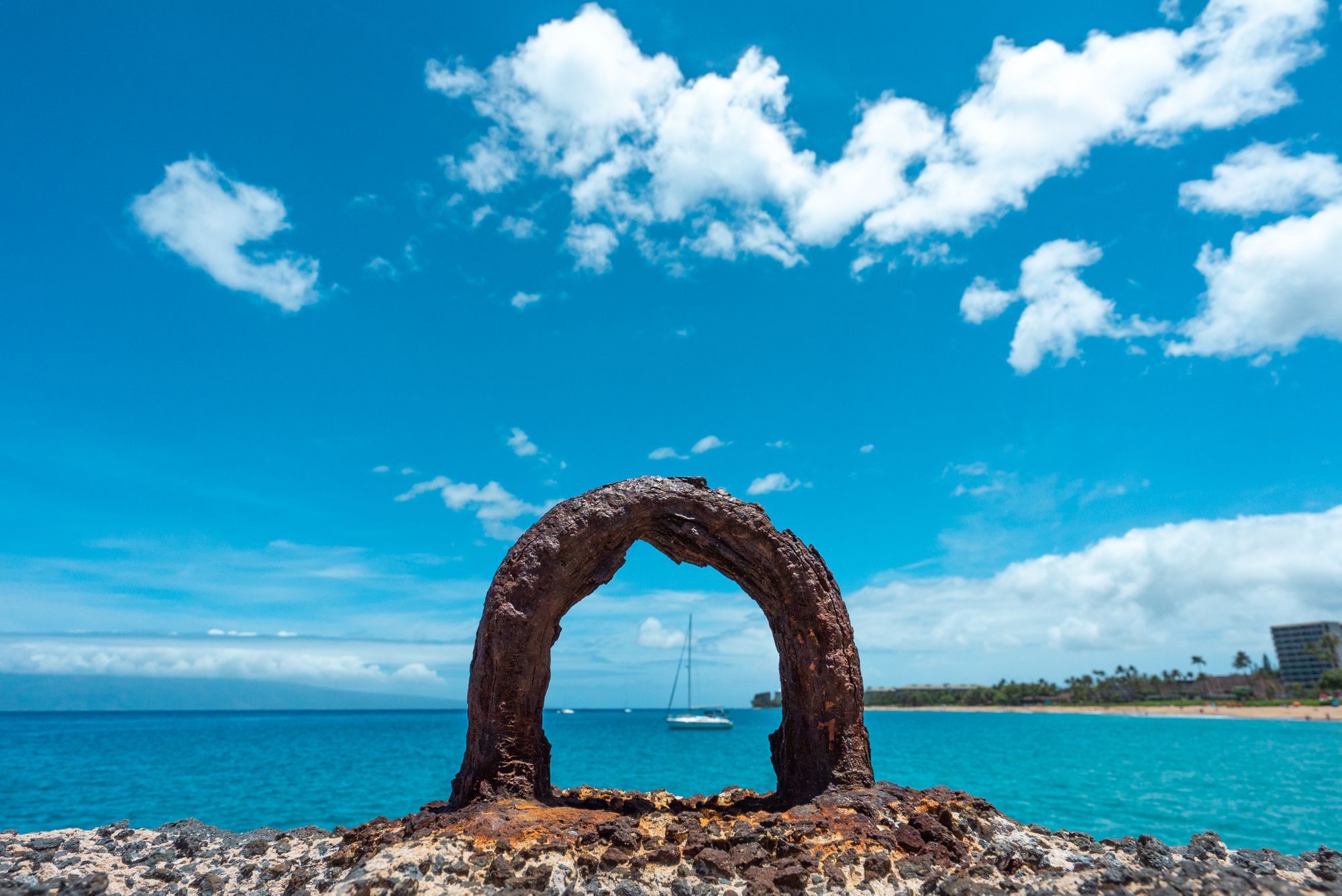 UPDATE Jan 6, 2020: I've updated this guide's configuration in another post to also include RDS databases. This configuration still works, but only for self-managed postgres installations that have a real superuser.

This guide is a starter configuration for postgres. It makes several assumptions about a web service and development team. This may work for you. This guide assumes:

Last but not least, this configuration is designed to evolve as your web service and team grow. If the configuration doesn't work, change it!

This configuration doesn't come without its downsides. The biggest downside I experience is related to local development. Local development requires knowing two sets of credentials -- one credential is used for schema changes (migrations), and one is used by the app to read and write data. For the developer, this knowledge can be codified to reduce confusion, but it's still knowledge a developer should know with the configuration presented in this guide.

Let's walk through the steps required to create the configuration described. Connect to your database with a superuser. All statements executed within this guide require the superuser. That is all you will need.

The owner user owns all objects for your application's database. Every schema, table, index, and <insert favorite postgres object> is owned by this user. owner is the only user used for schema changes.

We need a database to alter privileges, so this is as much as we can configure for this role at this point.

We need a database to alter privileges, so this is as much as we can configure for this role at this point.

Postgres enables connection privileges to new databases for all users (PUBLIC) by default. Postgres also creates the public schema enabling usage and creation of tables within that schema for all users. Instead of relying on implicit privileges from the default installation, we want to declare privileges to roles explicitly. This puts us in a state of least privilege first, and then we add new privileges afterward. I generally find the least-privilege-first strategy much easier to follow mentally and in code. I'm a simpleton, so starting with nothing and adding is easier than starting when everything and then removing.

Therefore, with new databases, I revoke all privileges for the database and drop the public schema.

Create the Schema and Configure search_path

Now create the schema. The schema is named after the database to keep things simple.

Now we default the owner user to exampledb schema on connection since we dropped the public schema. Also, if this was not set, then owner defaults to "$user" -- i.e., the owner schema that does not exist.

We also need to set our session's search_path to exampledb so that we, as a superuser, properly create objects in the exampledb schema.

With the basic resources provisioned, we grant privileges for the owner user, readwrite_users role, and readonly_users role. Starting with the exampledb database.

GRANT (and REVOKE) enables privileges for existing objects but not for new objects. This is accomplished with ALTER DEFAULT PRIVILEGES.

Additionally, I did not include a statement for future schemas because this guide doesn't support multiple schemas.

Finally, we want to ensure PUBLIC (a special role that means all users) does not have access to objects in our database. This forces users to belong to either the readwrite_users role or readonly_users role to access the database.

With these last statements, you will not need to work with GRANTS and ALTER DEFAULT PRIVILEGES again as long as you create users in the readwrite_users or readonly_users roles. WOOHOO!

The app user is what your web service will use to connect to the database with. app (usually) requires read and write permissions, so this user belongs to the readwrite_users role.

The GIST of It

Alright, alright! That was a lot of text to set up a database. Here's the gist. I use the same defaults and secrets above, so please change them!

This guide's postgres configuration provides better defaults for scaling web services with databases than the defaults provided by a base installation of postgres. That said, this configuration may seem harsh and punishing if you're unfamiliar with writing efficient SQL. But, this is okay. Learn to write SQL efficiently while your web service and team scale up. While you're doing this, the configuration will help protect you from painful incidents like a tipped database. Nevertheless, let's discuss a few points to keep in mind.

The app user has SELECT, INSERT, UPDATE, and DELETE privileges for all tables created by the owner user. app is the only user your web service connects with to handle web requests. SQL queries sent with the app user should be fast, or the settings for the app user will terminate the statement. If your application code attempts to create tables, indexes, or other postgres objects, you will be on the receiving end of a permission failure. To solve this, use the owner user.

The owner user manages all tables and indexes for your application's database. The management of the database schema should happen outside of the webserver process -- in an admin process like rake db:migrate or alembic upgrade head. The owner user is not designed for web service requests. You want to create the structure of the database with owner, but manage the data in that structure with app.

Finally, you can override setting values if needed. The defaults are guard rails, not jail bars. You can jump over the rail if you know what you're doing.

Schema Changes as a superuser

Hopefully, you don't need to do this as schema migrations with owner should suffice. But, incidents happen and maybe the quickest way to stop the bleeding is to hop onto the database and wrangle some code.

Use the owner's credentials to run migrations. If your application follows the Twelve-Factor App's Config Factor, then the owner credentials can be passed in via environment variables in the form of a postgres connection URI. Here's an example of what the URI would look like for a local database:

If you're using rake db:migrate, set the DATABASE_URL environment variable to the owner credentials.

If you're using alembic upgrade, ensure EnvironmentContext.configure passes in the database URI from the environment, and you can swap out database URIs as mentioned. e.g.,

Similar strategies are available in your migration tool of choice.

List users and their settings (only as a superuser):

Tweak the IN ROLE, CONNECTION LIMIT, and settings to fit your needs.

Connect as the superuser and execute the following:

Changing the user password stops new connections from clients. Terminating existing queries ensures that the targeted drop is no longer connected to the database before dropping the user.

Connect as the superuser and execute the following:

Settings are applied at connection time. Therefore, you need to have your application or developer reconnect after the change.

This strategy does have a flaw. The time between Step 1 and Step 3 may raise exceptions from the application if you're using webservers that cancel requests (Rack::Timeout, g/Unicorn, etc) and reconnect to the database. You'll want to execute the above steps rapidly.

Dynamically Set Settings From Your Application

The database is configured with default settings like statement_timeout for app, but these can be overridden from the application code. A quick first pass might look like:

A better method is to change the setting in a transaction using SET LOCAL:

Now, when the transaction is complete (COMMIT or ROLLBACK), statement_timeout is reset. Additionally, if your webserver terminates long requests during a transaction, then idle_in_transaction_session_timeout will terminate the connection and clean up the setting set by the application.

With all this talk of query cancellations, what are the errors that occur? Let's have a look.

You see this error message when a query surpasses the statement_timeout value.

If possible, rework the query (maybe it's missing an index?) and then try again. If this strategy doesn't work, you can increase statement_timeout for the duration of this query.

You see this error message when a query attempts to acquire a lock and surpasses the lock_timeout value.

This one isn't as easy (or difficult) as fixing statement_timeout. For this error, you'll need to make sure that your application queries hold locks for as little as possible. Or you can delay the queries. You can rearchitect web requests so that the locks happen out of the web request cycle -- in an asynchronous job.

You see this error message when you open a transaction and idle for longer than idle_in_transaction_session_timeout.

You can fix this by rearranging your queries to ensure there are no long pauses in between queries sent to the database.

This configuration described in this guide is what I use for web services now. I even use this for personal projects that don't have the data size or team size at work! That said, this is my default setup for web services and it has served (and serving) me well. I hope it works for you.

I decided in December that I want to start coding again. I've been in engineering

My guide to setting up postgres for web services.